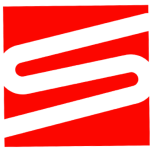 Mr. C2, is one of the most hardworking musician/producers whose utmost interest is to bring out the light and talent of the young and upcoming talented musicians.

Due to his love and passion for (MUSIC) Entertainment he decides to invest 90% of his time in music production. Which he is currently doing well when it comes to audio recordings, audio mixing & mastering including beat making.

To keep this passion alive he decides to entertain his fans and supporters more with a new self produced song which he titled ~Chi-Okike.